The legendary slot series from Playtech is back with yet another instalment, and this time it is Age of the Gods Norse: Gods and Giants.

The game is as volatile as the Gods themselves, and what small wins you get won’t really be worth winning, but if you have the bankroll and the temperament to stick to the game for a decent amount of time then you could experience some of the big wins that this game is all about.

It’s currently on exclusive release to Betfair, but it will be available elsewhere from August.

Let’s have a little bit of a look at what the game is like. 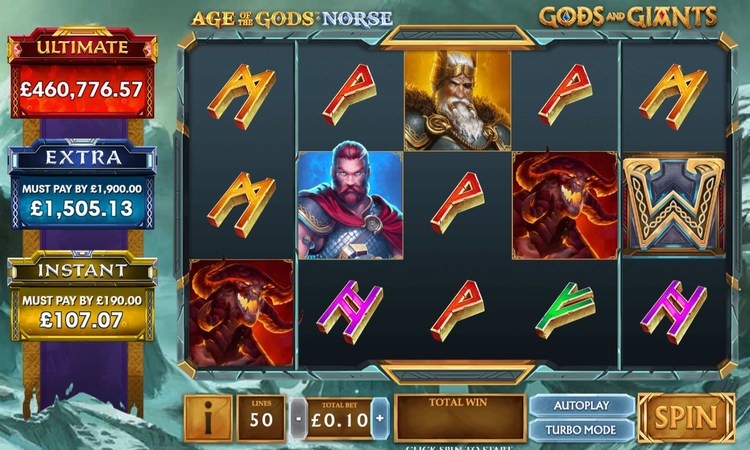 Utilising a standard grid of 5 reels and 3 rows, the base game gives wins from left to right only and you need at least 3 symbols on one of the 50 winning paylines to get a return.

All pretty normal so far.

However, the game also utilises colossal/giant symbols, which fits in perfectly with the theme and also works as a bit of a feature, because any full giant symbol landing on reels 2-4 that is not part of a winning combination will trigger a giant respin. 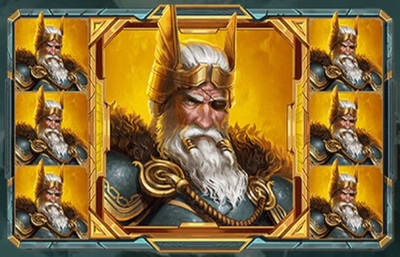 The giant symbol may move to the left or the right and the other two reels will respin for a chance to create bigger wins.

Even if you don’t land a full giant symbol, the nudge feature may trigger and bump it down to unlock the respin for you.

A few other key details:

The game also features a standard wild symbol, and the whole thing is beautifully designed with a dramatic soundtrack playing in the background supporting the gameplay, plus ancient runes as symbols alongside the Gods and giants themselves. 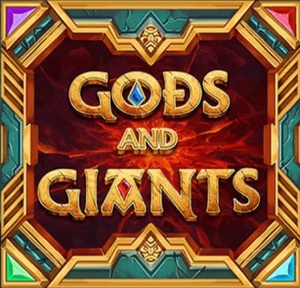 You only start with 8 of them, but the freespins can be re-triggered an unlimited number of times, which means that they could technically go on for hours – although this is unlikely.

That’s not all though, because during freespins all symbols on the middle three reels will be giant symbols and only high paying symbols will be present on the other two, so no low paying rune symbols are present.

Plus, the high paying symbols are stacked and the nudge feature can also come into play here, so the big wins will almost always come from the free games feature.

Unless of course you win one of the jackpots.

There are three progressive jackpots available in total:

They are all random as to when they trigger, but the higher your bet the better your chances of winning one. 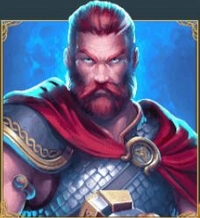 This is a welcome addition to arguably the most famous slot series in the world.

It isn’t a standout title from the series but it balances a healthy number of base game features with the special bonus round and the jackpot, keeping the game playable.

It is tricky to recommend it for players with smaller bankrolls as it can really chew through you funds, but if you a prepared for that then there is definitely winning potential and it’s an undeniably fun game to play too.