This one is turning slotting on its head – or should I say, on its side. Instead of the reels spinning vertically, they spin horizontally, taking the form of train carriages.

It’s a Play’N GO creation that feels genuinely original and beautifully designed. The setting is the golden age of rail travel and your symbols come spinning through a four-tier railway bridge spanning a gorge before someone, presumably the driver, hits the breaks. 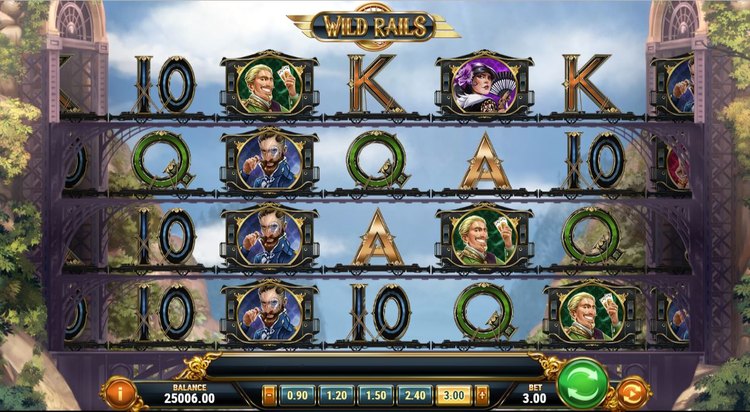 You probably already know that I am a sucker for a good theme even in the face of a slot that plays badly, and I love this one. The soundtrack makes you feel like you are in the middle of a movie montage, traveling to a new and exciting destination where who knows what awaits you; the symbols are classy and delicate; the gameplay is smooth like a ride in first class on the Orient Express.

Enough of the Romanticising

Yeah yeah ok, I’ll get on with it. 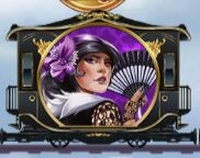 The top paying symbol is the Lady with the Fan.

She is obviously wealthy as she can afford to pay out 20x for a full line of 5 symbols.

There are three other character symbols as well as the decorative A, K, Q, J, 10.

It’s good to see that the wild is also worth something outside of fulfilling its usual obligations, offering 30x for 5 on one spin.

You can bet between 30p and £90 per spin, and even the stake selection system is designed to look like train carriages; you go from 3rd to 1st class the higher your stake.

Nothing astounding but enough to keep you on track.

Wild Trains can occur randomly during the base game, and each train can contain up to 5 wilds. All four reels can trigger wild trains at the same time too, so technically, you could fill the screen with wilds for up to 900x your stake. 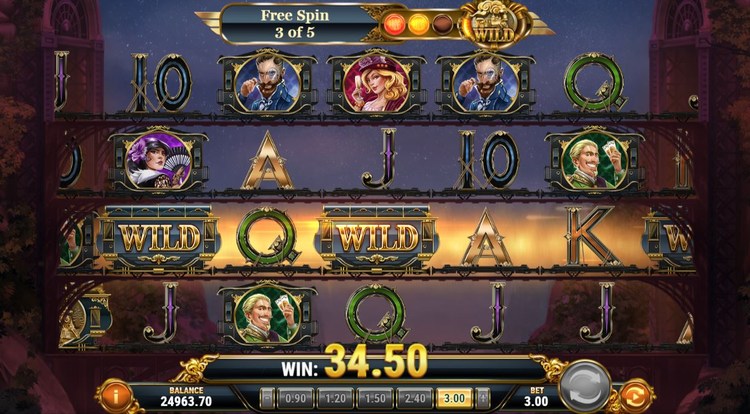 There is also a free spins round triggered by landing 3 or more of the Golden Train scatters. During this round day turns to night, and you are guaranteed at least one Wild Train on every spin, while the scatter also acts as a wild.

You start with between 5 and 10 free spins depending on how many scatters triggered the feature, and you can get more during the round if you collect enough scatters.

She’s a volatile girl but it’s worth climbing on board and taking her for a ride.

I ended a few pounds up after a short session of around 50 spins, during which I hit the freespins round once.

Even if you give this game a shot and come away empty handed, you won’t regret it. You should get a decent amount of play time and it will certainly be an enjoyable way to spend the time thanks to the charming setup.

I’d say everyone should experience Wild Rails at least once.