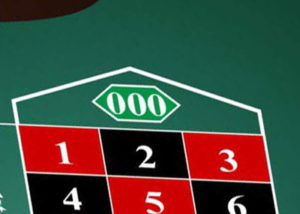 You may have heard of European Roulette and American Roulette games, which have wheels featuring a single green zero and both the single zero and a double zero, respectively. But what about Triple Zero Roulette? Well, if you’re not familiar with this game, then perhaps it’s time you found out all about it and why it is becoming the next big thing in Las Vegas.

Then again, can it really be considered as a good variation of roulette to play? After all, the green zero in roulette games is usually what is utilised to determine the house edge of such. In single zero versions, the house edge is at its lowest, while in double zero games it increases significantly. Therefore, with additional zero spaces involved, doesn’t that also mean that the house edge in such a game will increase yet again? Absolutely!

Why would you ever want to play a game where your chances of winning are significantly decreased even more? And why is it that despite this, this triple zero version of roulette has gained such popularity in Vegas? Let’s find out more about this casino game, how to play it, and what you can expect to get from doing so. We’ll also uncover the reasons behind its growth in The City of Lights.

What Is Triple Zero Roulette?

Triple Zero Roulette may come across as being something new to many people, but it actually debuted in Las Vegas back in 2016. The Venetian acquired the first of these tables, with two of them being introduced to The Strip in October of that year. Two years later, the Planet Hollywood and New York-New York casinos also got their own triple zero versions of the game, increasing the number of such operating in Vegas.

What exactly is this version of roulette that has been steadily growing in recent years? Well, if you look at a typical American roulette wheel and table, you’ll see that there is a single green zero and a double green zero to wager on as standard. On a table with two zeroes, the house edge of the game sits at 5.26%, and this is one of the highest house edges within a casino.

If you turn your attention to the triple zero version, you’ll see that another green zero section has been added featuring three zeroes. This incorporates another option to potentially bet on, but also increases the house advantage to 7.69%. Naturally, this has incited some kind of rebellion by a few gamers, considering that the odds of winning at triple zero roulette are much worse than on any other form.

The rest of gameplay plays out in the same way – players place wagers on their favoured numbers or number groups, the ball is spun into the wheel and the winning number bets provide a payout. But why on Earth would someone want to play a game that puts them at a disadvantage against other variations of roulette?

Yet the triple zero version of roulette has been around for a little longer than you may imagine – just in a different format of its own. The earliest versions of roulette being played in the United States of America saw the wheel incorporate the numbers one through to 28, a single zero, a double zero and a bald eagle. While the eagle slot on the wheel was determined to be a sign of American liberty – something that seems to be quite the fascination in the USA – in reality, it actually just served as another section for the casino to gain an advantage over the game’s players. Back then, this version of roulette didn’t have so much of an impact on the gambling scene, but it can be seen as one of the earlier attempts by casinos to introduce a third zero version of the game.

That tradition of featuring a bald eagle on the wheel slowly disappeared from the American roulette game. Yet when it did exist and the ball landed in that section, anyone who had wagered on it (or on the 0 or 00 as well) would receive a payout of 27:1, equal to that of a single number winning wager.

Once the triple zero version of roulette was “reintroduced” at the Venetian, albeit with very little fanfare or commotion, other casinos in Vegas followed suit. Today, there are more casinos on The Strip that also include triple zero roulette amongst their European and American table variations.

Players Believe They Have More Chances To Win 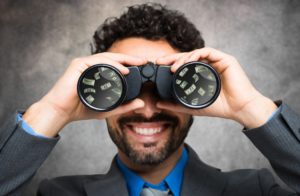 While it would be normal for someone to consider that the house edge has been highly elevated, thereby leaving them at more risk of losing a bet, gamers didn’t see it that way when triple zero roulette was introduced. Instead, they pointed out that with an extra zero space to wager on, there are more ways to be victorious when playing it. And while at first it may seem like this would be logical to consider, the house edge increasing to 7.69% negates that idea.

Essentially, gamers get to feel like they are risking less of their money by playing triple zero roulette. This is how things played out at The Venetian when the game was launched in 2016. Rather than a $15 minimum bet being in action, the triple zero roulette game offered minimum bets of $10 to players. Rather than the house edge increase of 2.43%, most players saw the $5 saving they were making when placing a minimum wager on the game. And that’s quite the understandable outcome, if we’re all being honest.

First of all, there are those gamers who don’t really follow or understand the house edge of casino games. Rather than concentrate on how much they risk losing, these players simply place focus on what money they have to spend on a game with the hopes of winning. And of course, being able to place minimum wagers of $10 instead of $15 means that you potentially stand to play more rounds of roulette. Ergo, you have the opportunity to potentially win more as well.

The Venetian only utilised the $10 minimum bet as an introductory perk, though. After a short time of the casino providing the table, the minimum was upped to the standard $15, and people still played it. This led to the casino removing all of its double zero tables, because if the gamblers are satisfied playing a roulette game with three zeroes, why should the casino proceed with offering them an alternative that doesn’t benefit it?

And of course, it helps that triple zero roulette provides quite the new and intriguing variation to get involved in. Single zero and double zero versions of the game have been around for a long time now. Gamblers like the introduction of new items to experience, even if it does mean that they are risking a lot more by playing them. Triple zero roulette offers gamers the possibility of placing bets like ‘Any Zero’, which is not available in other versions of the game. You get to cover all three green zero options with a single wager.

Why Triple Zero Roulette Could Be a Bad Idea

The best way to prevent it from being an unsuccessful gaming jaunt for you is to simply refuse to play it, thereby not risking any of your funds at all. There is actually a precedent for this sort of refusal as well.

If you look back to the late 1960s/early 1970s, some casinos proceeded with trying to change the rules surrounding blackjack gameplay. This was done so as to try and thwart those people who were engaging in card counting. Unfortunately for the casinos, enough players turned their backs on the game, refusing to play it altogether, meaning that the casinos had to relent on their attempts and reinstate the former rules around blackjack. Should the same happen with triple zero roulette, then doubtless the casinos would have to figure out something else to bring players back – potentially reintroducing the standard single and double zero versions of the game.

The Game Continues to Rise in Popularity 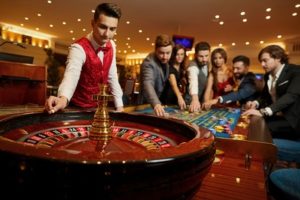 Even though triple zero roulette comes with higher risk for gamblers, this has not stopped its popularity from rising in any way. The game is everywhere in Las Vegas these days, and some gamblers tend to continue believing that they have more opportunities to win when playing it because of the extra zero addition. And while the game initially drew some complaints and heckles from some people, there is little of that happening anymore. That’s because it has popped up across the Las Vegas Strip. It’s harder to find a casino that doesn’t offer triple zero roulette, as it happens.

Take a look at Harrah’s or Four Queens or MGM Grand, and you’ll find that this version of the game has pretty much taken over when it comes to roulette. And while some people had a bit of hope that lower demand for the game would push casinos to exterminate it before it picked up any steam, it seems like the exact opposite has occurred.

Then again, with the lower table limits (that do remain at some of the casinos, despite what The Venetian chose to do after the first six months of hosting triple zero roulette) and the fact that gamers just don’t care about the risks they’re taking, there is little to stop its growing popularity.

Most gamblers, especially those who are visiting Las Vegas for the casinos, are engaging in this activity for a bit of recreational fun. Therefore, you either play a game and you are lucky with the outcome or you’re not. It’s not about what’s riskier or what can mathematically provide a better result for Vegas gamblers. And in many ways, this is how gambling should be taken – as a bit of fun every now and then.

Regardless of how you look at gambling games, the odds will always be on the side of the house. If you’re someone who is participating in gambling with the sole purpose of making money, then you may wish to find an alternative route. It should never be used for this purpose, as anyone engaging in responsible gambling will tell you.

And while informing you of the fact that triple zero roulette exists pretty much everywhere in Las Vegas isn’t such fun, there are shining beacons of light in the area. For example, there are those establishments which maintain single zero and double zero versions of roulette for you to play alongside the triple zero roulette game. It may be the case that the table limits are higher in these casinos for the single and double zero games, but if you’re there just to have fun, this will pose little issue.