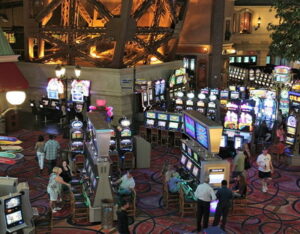 Slot machines and similar games offered by casinos all have a Return To Player percentage. This is the figure that says how much money, in every £1 will be, as the title suggests, returned to the player. That doesn’t meant that a RTP of 90% will see you get 90 pence back for every pound spend, of course. Rather, it is the average that will be paid back to players over thousands, if not hundreds of thousands, of hours of play. The interesting thing is that land-based casinos can set the RTP of slot machines that they buy.

This means that you could play a game in one casino and then play the same game in a different casino down the road, noticing that there are two different RTP percentages on an identical game. Though online slots will have the same RTP amount as each other in the country that they are being played, they can have different figures for different territories. In other words, a slot game in the United Kingdom can have one Return To Player percentage, whilst the same game being played by a Germany bettor will have a different one.

Slot machines are powered by Random Number Generators, meaning that every game has billions of different possible outcomes. The idea that games might ‘run hot’ or even ‘run cold’ simply isn’t true. You might play for hours and get very little in the way of a return, whilst someone else could play for ten minutes and hit the jackpot.

That is simply the manner in which RNGs work, given that they are not based on any of the previous results that have happened. How many reels there are will make a difference to possible outcomes, as will other factors.

The nature of Random Number Generators is such that it might seem as if a game is against you, but it is really just because the jackpot hasn’t been triggered by the RNG associated with the game that you’re playing. Over a period of time, a given percentage of the money will be returned to the players, but you personally might only see 30% of your money returned to you, whilst someone else ends up getting 150% of their money back on a slot with an RTP percentage of 90%. It is just the game balancing out its RTP over time.

At a land-based casino, the Return To Player percentage of a game can be decided before it even arrives at the venue. When ordering a game, a casino can stipulate the RTP% that they’re hoping to be able to offer on said game, ensuring that it will be pre-programmed with that figure in the system. In the United Kingdom, the regulations are such that the casino is not allowed to alter the RTP figure once it has been put in place, meaning that the likelihood of a licensed casino messing with how the game works is extremely unlikely.

The interesting thing to note, though, is that it is the casino ordering the machine that chooses what the Return To Player percentage will be, as opposed to the game’s creator. This means that two different casinos can offer players an identical game that has different RTP values, in spite of the fact that they are located close to each other. Indeed, it is possible that the same casino chain could have a different RTP% at two of its locations, even though the game being offered on the slot machine is identical in both locations. 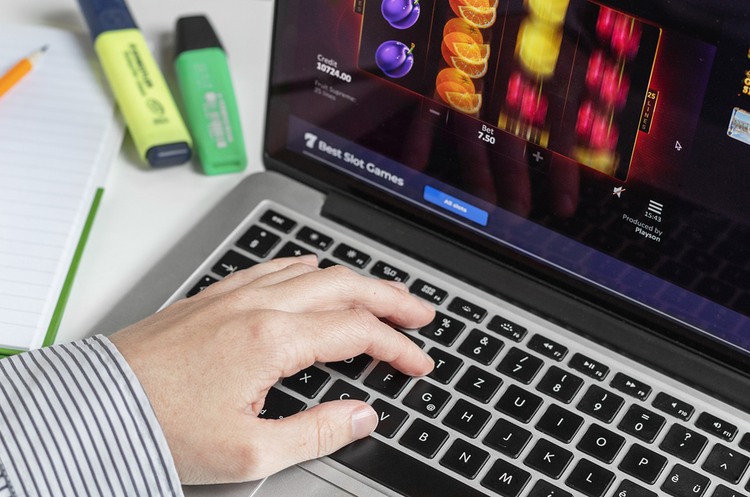 Things are slightly different when it comes to online casinos. For online slots, it is the game-maker or software provider that decides what the Return To Player percentage will be. As a result, the RTP% is locked-in when it is received by the casino, so it can’t be changed. This means that the amount being paid back to players will be the same for one online casino as it will for any other. That is presuming, of course, that they are licensed by the United Kingdom Gambling Commission to operate in a manner that allows UK players to play them legally.

The important thing to note here, though, is that this is the case for the UK jurisdiction. The same might not be true in other locations, to say nothing of the fact that another country might choose to put a different Return To Player amount in place for a game, meaning that when you play it in the UK the RTP% is, say, 95%, whilst in Belgium it is 97%. They are just random examples, of course, rather than examples that are based on anything in particular, but you still get the idea of what online casinos are able to do depending on where they’re based.

There are any number of reasons why a Return To Player percentage might differ. When it comes to online jurisdictions, different countries will have a different RTP% from each other because of things such as taxes and levies. A British online casino will almost certainly have to pay a different amount of tax to one based in Belgium, for example, so one of the ways in which the company behind the casino will make up the shortfall is by having a lower TRP figure, ensuring that they’re making more money from each slot over time.

There will be a similar logic for land-based casinos. A casino in London, for example, is likely to pay far loss in the way of rent than a casino in Liverpool. As a result, a decision might be taken for them to have a lower RTP% amount than the northern casino, simply in order to cover their more expensive rent. Even within the same city that logic could apply. A casino in Mayfair will be more expensive to maintain than one in Ealing, even though both of them are in London, so different Return To Player figures are applied at each casino.