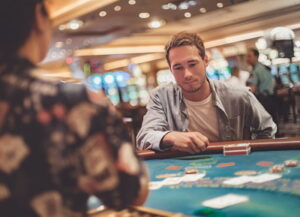 Card counting has long been in use as one of the biggest ways to beat the house at blackjack. Utilised by players at underground casinos, it became a part of the mainstream in the early 2000s. And since that time, it has grown in popularity with players.

It was even highlighted in such films as Bringing Down the House and 21. The latter bases itself on a true story surrounding the MIT Blackjack Team.  They were a group of students from the Massachusetts Institute of Technology. Alongside students from other colleges, they utilised card counting back in 1979. This practice continued on into the beginning of the 21st century. Through it, they managed to get a large number of payouts from casinos.

As the knowledge of these students grew, more people began to try card counting. It isn’t considered to be an illegal practice in most places. Yet that doesn’t mean someone caught card counting will get off scot-free. In fact, casinos try to utilise various methods to catch people suspected of engaging in it. But how effective are these methods? And what happens once you’re caught in the act? Do casinos have enough power to inflict a severe punishment?

Join us as we look at exactly how casinos catch card counters. Further to this, have the methods employed changed over the years? And are today’s methods more successful at stopping it from taking place?

How Does Card Counting Work? 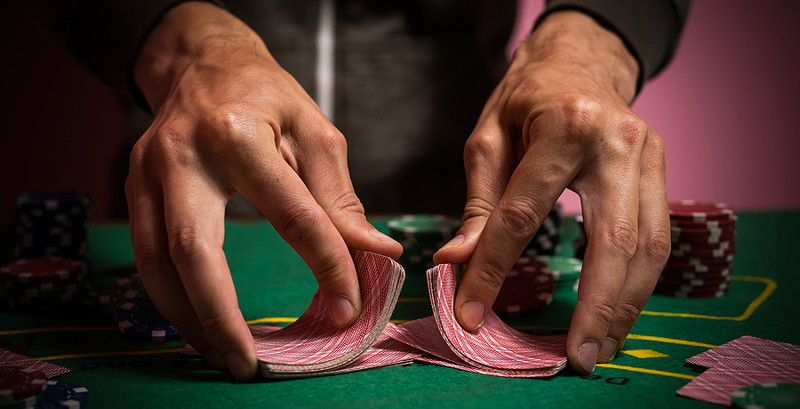 The reason that card counting is not illegal is because it is all done in the brain, you are not using anything other than your own mind and so it can be classed as a skill not cheating. It isn’t something that is visible in an instant either. And this also makes it difficult to spot. That’s another reason why casinos also frown upon the act. But what exactly is it?

Card counting, as its name suggests, sees players counting cards in the deck. The knowledge of the cards that remain in the deck and those that aren’t is key. When a card counter spots an advantage, their bet will usually increase. The hope is that they will then get the better of the house and receive an increased payout. Their playing decisions change based on the composition of the card deck.

High cards in blackjack tend to be of benefit to players. Lower cards often benefit the dealer. Thus, if a counter knows there are more higher cards left in the deck, they’re in a good position. Through counting the cards that have come before, there is an insight into what remains in the deck. And as a result, a player’s bets alter based on the remaining cards. The more higher cards within the deck, the bigger your advantage is. Of course, this increases the further along in the game you are.

Let’s say you had a deck of cards in play. Remove the jokers and you have 52 cards. In blackjack, both you and the dealer receive at least two cards each round. you go through 10 rounds, meaning that at least 20 cards have come and gone. So far, you’ve only seen one queen and one ace. This means that in the remaining 32 cards, four kings, three queens, four jacks and three aces exist. It may be ideal to increase your wager a little, because the cards remain in your favour.

That’s a very simplistic example, but it expresses the idea behind card counting. It’s all about the cards you know remain in the deck.

Methods That Casinos Use to Catch Counters 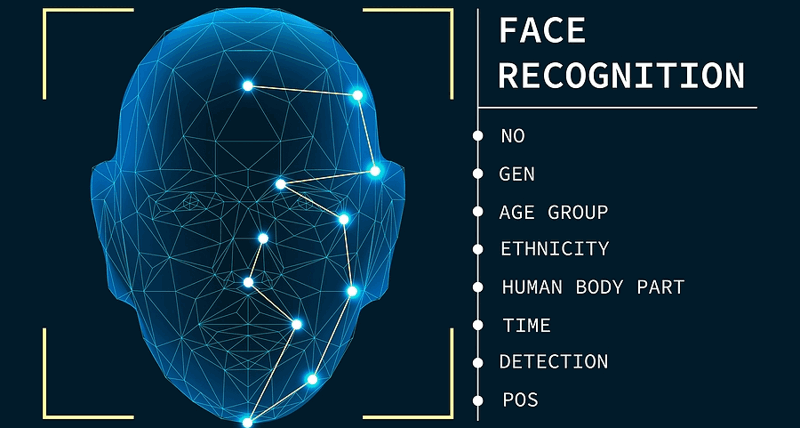 Because casinos are more likely to lose money due to card counters, they try to catch them in the act. Venues use different methods to do this, although none of them are 100% effective.

Even so, some of them have proven proficient in catching card counters. And it may be usual for casinos to use two or more methods at once. Some of the routes that these establishments take include:

Because of the cost that these countermeasures can have, some casinos don’t like them. In fact, in New Jersey, limits are in place for what type of countermeasures are usable. Thus, proficient players aren’t quite as burdened when playing in Atlantic City.

It may also come across as being easy to harass a casino player in the movies. In reality, that sort of action could result in players forming a negative view of the casino in question. That’s a PR disaster waiting to happen! 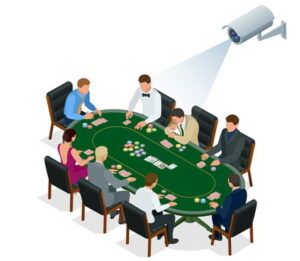 Casinos are always on the lookout for people employing questionable strategies. Several different tell-tale signs can inform them that someone is card counting. And if they suspect it is taking place, they will take action.

Those signs include the following:

It also common for some casinos to hire a third-party consultant. They will analyse and confirm whether a player is engaging in card counting. This happens by them watching a live feed of the table. From that, they can determine if the player is a skilful card counter or not.

Many years ago, counter catchers were active within land-based casinos. One former counter catcher Michael Riordan worked at the Mirage Casino in Vegas. On the night shift, he would watch over the high limit gameplay in the casino.

That involved him observing betting patterns, the actions of players, and so on. It was also his duty to catch team players within the casino. This would either occur from within the pit or in the surveillance area. It would be the case that if one counter catcher identified a counter, someone else would have to, too. Such people aren’t often employed today, though. 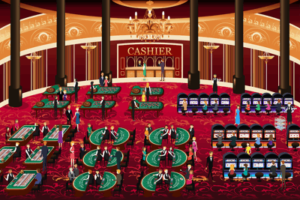 Casinos often tend to look out for card counting teams more so than singular offenders. Yet they are harder to spot and incriminate. And unfortunately, these teams can wreak absolute havoc on a casino. Working in unison, they tend to spend time card counting at several tables. This sees them receive payouts into the hundreds and thousands.

Al Francesco is one of the founding fathers of card counting teams. He got his influence after reading a book – Playing Blackjack as a Business. Francesco set about recruiting people, having been a successful single card counter himself. In 1971, the concept of the Big Player was born. Through this, he recruited and trained players as disciplined card counters. They would then work together in teams to beat the casinos.

Their method saw them stationed at different blackjack tables. There, they would count the decks, waiting for the mathematical advantage to arrive. At this point, a signal brought a “Big Player” to the table. They would place large bets until the edge disappeared.

This kind of team activity continued unhindered until 1977. It was then that team member Ken Uston published a book on their methods. As a result, Francesco and his associates ended up banned from all casinos. The team then fell apart.

Many other instances of team card counting escapades have come to light over the years. This includes the MIT Team, which was active in more recent years. Today, a casino will often check with other casinos in the area about players. If a group has been active in one casino and then moves to another, it may be a sign of team card counting. Further to this, a casino will check databases of known card counting teams. This helps to determine if any players in the casino match up.

What Happens If Card Counters Are Caught? 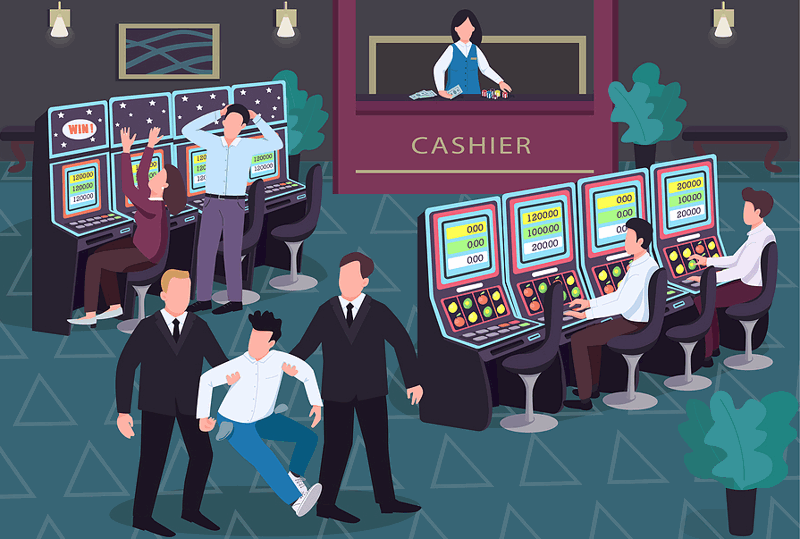 There is nothing that determines card counting while playing blackjack is illegal. Casinos do have the right to refuse service to anyone on the grounds, though. Getting caught card counting could result in various things happening. A casino may ask you to leave the premises and quit playing blackjack there in the process. A stricter outcome would be for the establishment to ban you altogether. That would rule out any chance of a return to the casino in the future.

At the same time, facial recognition software is in use at most land-based casinos today. Once the casino has barred you from the premises, your face will be on this. Thus, if you ever try returning to the casino, the software will recognise you. That leads to security personnel tossing you right back out again. Sneaking back into a casino and getting caught is trespassing on property. This serves as a crime that can land you some jail time.

If you do enter a casino with the intention of card counting, then you need to be alert. Employees are at the venue to stop any kind of activity that they determine to be cheating. Card counting is a huge dislike of casinos, so they’ll be on the lookout for you. You may get away with it once or twice. But sooner or later, there is a likelihood that the casino will catch up with you and your counting. Undercover private eyes will often be on the premises. Remember that before you decide to try and enact your own card counting strategy.