There is no one in the country who hasn’t heard of the hit daytime T.V show Deal Or No Deal, and this new game from Evolution won’t be the first to have used it as inspiration. It will, however, be the first to do so live, and Royal Panda customers enjoyed an early release on May 2nd.

This concept bridges the gap between regular slots and live games by incorporating a real life host to guide you through play, while at the same time doubling up on immersion and creating a more exciting experience.

“This really is the start of a new era where entertainment is at the core of the new games we are making. Netflix, YouTube and video games are the alternative to online gaming, so games need to be both great gaming experiences and entertaining.”

This is a game show you can take part in from your living room and it will run 24/7. 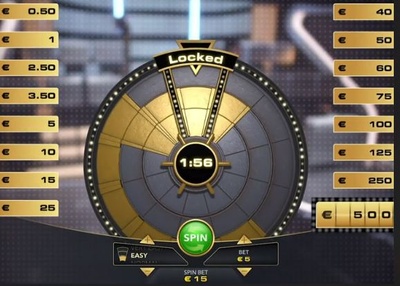 The good news – or the bad news depending on how you look at it – is that Noel Edmonds is nowhere to be seen. The even better news is that you can potentially win 500x your stake.

Just be aware that you need to qualify for the live game by unlocking an initial wheel, before being taken to a top-up reel where you can add money to your briefcase, after which you enter the live show. 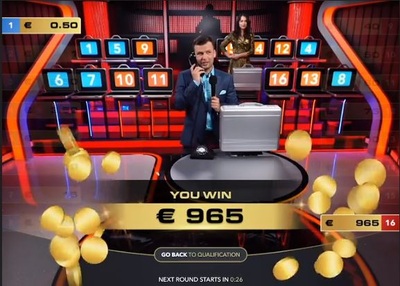 The online game stays true to the T.V show in all other areas; the banker will try and entice you into taking a deal, a glamorous assistant will be on hand to open the cases, and your fortunes can change for the worse or the better in just a few seconds. Haushalter describes it thus:

“The game has a mix of RNG elements allowing players the chance to win big, as well as the universally recognisable studio set design and rich sound effects for UI actions recreating the atmosphere of the hit TV show and bringing that to online gaming.”

Games start every 2 minutes and are streamed from a custom built studio meaning the action never stops, and if you want to watch rather than play that’s ok, you can.