As players we are mostly focussed on the front end of a casino business. What happens behind the scenes doesn’t seem to directly affect us, yet in truth, this is where all the major decision making takes place.

However, if you play at Guts, Kaboo, Rizk, or Thrills you might be interested to know that your casinos are going through some changes in management.

GiG, the current proprietor of these brands, has signed a deal with Betsson, the industry giant that owns and operates Betsafe and Jackpot247 among many others, selling them the B2C side of their business.

Breaking Down the Deal 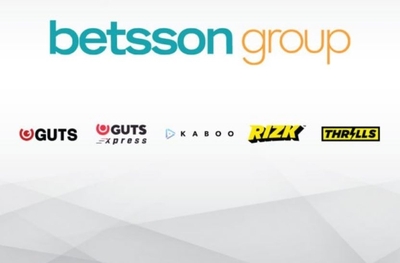 This business speak can all be a bit overly technical, so let me try and break it down for you.

GiG want to focus more of their time and resources on the B2B (business to business) products that they provide, and in order to do that have decided to sell off their B2C (business to consumer) interests.

This transaction serves as a strategic focusing of the Company’s efforts towards the B2B segment. Offering both B2C and B2B services had synergies in the past, however, the current conflicting priorities of the two business areas, and increased complexity in the market, have lessened the potential offering on both fronts and our ability to sign new customers.

Betsson are happy to take these B2C elements as they include some established brands that are fairly well known in the UK, and the company can apply their own B2C expertise to these brands and scale them up.

The agreement with GiG further strengthens and expands Betsson’s outreach and growth potential for its proprietary sportsbook and payments platforms in the B2B market.

The two companies are also going to work together; for example Betsson will become a partner of GiG and their sportsbook solution is expected to be integrated on GiG’s platform offering. This will allow GiG to offer B2B customers one of the most well-renowned sportsbooks in Europe.

When Will This Happen

The deal is scheduled to complete mid April this year, in order for the proper authorities to cross all the t’s and dot all the i’s, but no bumps in the road are expected.

Betsson will hand over €31 million made up of €22.3 million for the acquisition, and a prepaid platform fee of €8.7 million. The deal is thought to be worth closer to the €50 million mark though, thanks to the agreement that Betsson will keep the brands on the GiG platform for at least 30 months. That means more platform fees for GiG.

After that, the aforementioned casinos will be run by Betsson instead of GiG.

It would be surprising if any sudden changes were noticed among players, but it could well mean a change in direction for these brands in the long term.