While the economy has been tanking and the country has been getting a new head of state, plus yet another new head of government, I have been ignoring it all and playing some slots.

It’s Autumn now anyway so it’s just raining all the time, so a few cozy nights in demoing the latest releases seems preferable to going outside.

So what have I been playing?

Well there is a corker from ELK, and a decent effort from Pragmatic Play, but Hacksaw Gaming’s Undead Fortune did little to lift my spirits – but that doesn’t mean you won’t like it.

Here they are anyway, along with my thoughts. 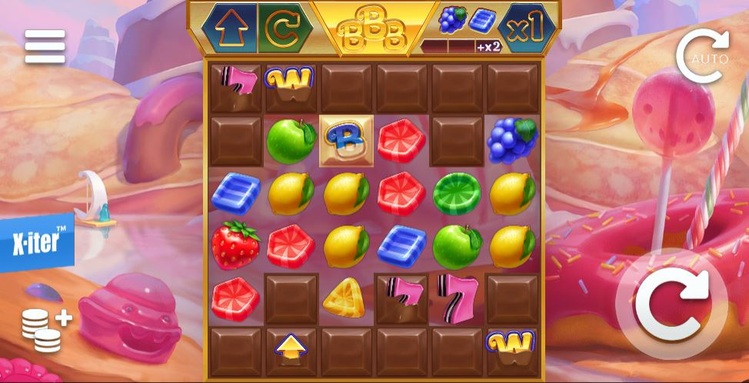 I’m not really about the fruity gem stone type games, I like a strong theme with lots of features, but for the purposes of this website I do play a wide range of games.

And I actually really enjoyed Dropz, in spite the saccharine feel but perhaps partly because of the incredibly funky soundtrack.

Seriously, if you don’t bop along to this one are you even human?

Anyway, it’s a bit unusual since it’s a 6×6 grid using cascading reels, that expands during bonus games and includes spaces that need to be broken by getting wins in the spaces next to them.

This actually make the game really fun to watch, and with the increasing multiplier in the base game and the bonus rounds, not to mention sticky wilds, there are a lot of ways to win money.

Those bonus games can last a pretty long time too, and from a relatively small number of free spins thanks to the cascading wins feature – any game where you can win £350+ from 7 free drops triggered by a £1 spin is alright by me. 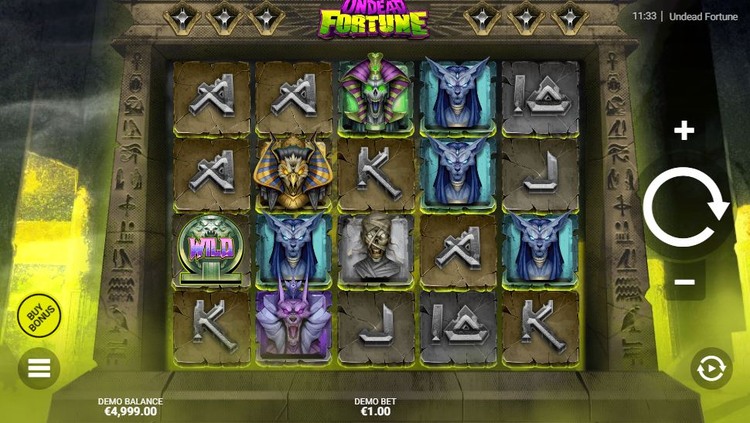 It might be called Undead Fortune, but maybe that’s a play on words because I lost a fortune playing this one.

Good job it was only in demo mode!

With a title like that perhaps I should have expected so many ‘dead spins’ – see what I did there?

On the face of it this game looks pretty good, with loads of features which I usually like, and multiple bonus rounds, but I just couldn’t get on with it.

The base game felt a bit boring despite the walking wilds and multipliers, and the wins, when they came, were uninspiring.

I bought the bonuses in the end because I got tired of waiting for them to trigger, and while The Curse (which is the freespins round) was OK, The Tomb (which is supposed to be the biggie) was rubbish and I even struggled to work it out.

Maybe i’m just in a bad mood or had a particularly unlucky run on it or something, lots of other people seemed to enjoy it, but I was glad to move on. 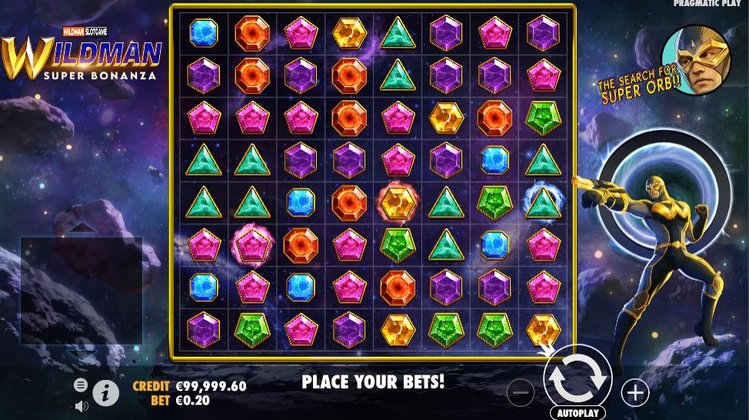 It’s a pretty simple game in a lot of ways but I found it quite relaxing as well, despite the kind of super hero mixed with space man theme.

Each spin will show a number of orbs on a couple of symbols, and if those symbols are involved in a winning combination the space dude will shoot a lazer into the grid and trigger a special feature, which will depend what colour the orb was.

There are 5 in total and some are better than others, but cumulatively they offer a nice mix of features that boost payouts overall and also add some variety. They also play out in the base game rather than triggering anything billed as a bonus round.

It won’t be everyone’s cup of tea because it feels fairly sedate, but by no means boring. It’s just a more chilled out slot, and I enjoyed it.

It’s listed as a high volatility slot but from my own personal experience I would put it more in the medium category, with a 10,000x max win potential and an RTP of 96.51%.