There has been a lot of handshaking a contract signing going on this month, as online casino’s and their parent companies work out deals with various different game studios and developers.

It’s good to know what you can play and where, and it’s also a good indication of which casinos are on their way up and which developers are catching the eye of the industry.

Here it is in brief:

It’s been a busy month for the guys who brought you Double Da Vinci Diamonds and Secrets of the Forest. They have signed a distribution deal with LeoVegas to offer their 80+ games in 14 different languages across all of the markets the company operates in.

James Ford, Head of Gaming at LeoVegas said, “Launching High 5 Games’ portfolio of games is an important step as we continue to diversify the content we offer to players across all our markets.”

High 5 have also been making friends at GVC Holdings, who own and operate some of the biggest names in the business. High 5’s premium range of HTML5 games will now be available across the network and this is thought to be a long term arrangement.

High 5’s CEO, Anthony Singer said, “Partnering with such an established name from within the industry is further vindication that High 5 Games slots are the premium choice for operators of all sizes.” 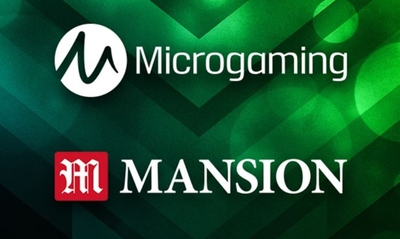 It’s becoming fairly unusual to find a casino that doesn’t provide Microgaming titles these days, and Mansion – owners of Mansion Casino, MansionBet, and Slots Heaven – are the latest to sign up.

Mansion are, themselves, an experienced and successful company, and this new partnership will only serve to bolster what is already a great selection at their casinos.  Mansion’s customers can look forward to theme heavy slot favourites like Immortal Romance, Book of Oz, and Jurassic World.

Microgaming’s Andrew Clucas rather big headedly said, “Mansion aim to provide their customers with products of superior quality resulting in the best gaming experiences and our new partnership will help them to achieve that.” 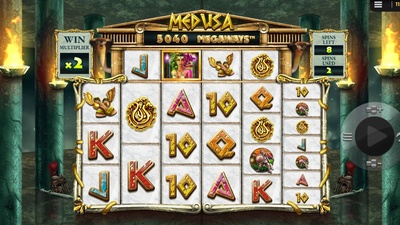 More of an extension than a brand new partnership, but noteworthy nonetheless; BTG have signed a deal that means Scientific Games can utilise the Megaways mechanic that has taken the slots industry by storm over recent years.

Medusa Megaways has already been released while Raging Rhino and Rainbow Riches are currently being given the Megaways treatment ready for releases in June and July respectively.

This will breath new life into some legendary titles that are still popular today, although some players who think the Megaways trend is getting old have been making their voices heard online.

Dylan Slaney of SG Digital clearly doesn’t agree, however, as he said, “We are thrilled to license Megaways™– making this feature available on Medusa Megaways and many more titles to come will fuel future success for SG Digital and BTG. This is a huge deal for both parties, and we are really excited to see how Medusa Megaways is received by casino managers and players alike.”