It’s been a while since I’ve had a session on a Pragmatic Play slot I must admit, but I just had to get my hands on this new one – it looked so good.

Don’t let the old school cartoon style appearance deceive you, this slot can be just as brutal as it can be rewarding, and can also provide solid bursts of entertainment that break up what can otherwise be quite a dry run of spins.

Still, with multiple wilds and freespins rounds to look forward to there is plenty to talk about, so let’s get to it. 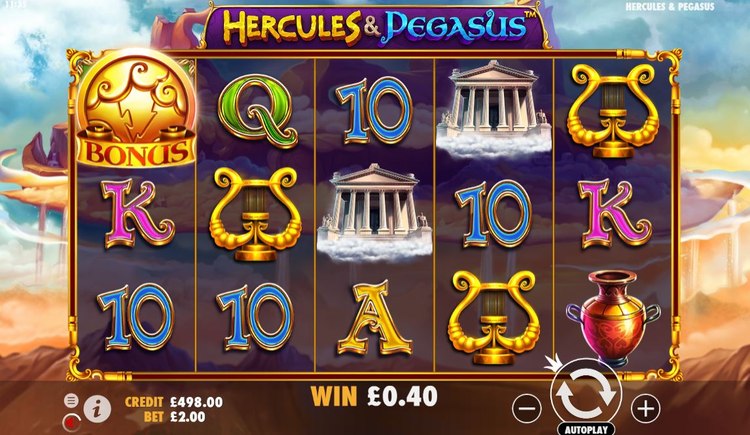 When you first load the game up it is hard not to be impressed. It looks glorious and there is a lot of attention to detail in the visual design, with pretty basic but stylishly designed symbols and some great animation work that bring the game to life and make it pop.

As far as the spec goes, you’re looking at:

It plays out on a standard 5×3 grid with 20 paylines and wins pay left to right with a potential 2500x available.

At first glance with a wild, three random features, and three freespins rounds it sounds like there’s plenty going on in Hercules and Pegasus, but as you will see, they don’t trigger often enough to retain interest and even when they do they can be worth precisely zip. 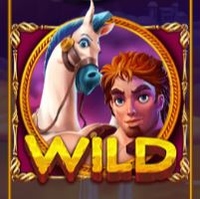 The randomly triggered event displays 3 scrolls from which you must pick one to reveal the feature you will get:

You might win £2 you might win £50, these can be pretty disappointing if it is your only sniff of a winning opportunity after more than 100 spins. 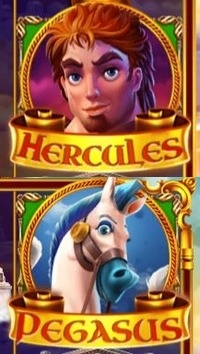 The freespins round is triggered by landing a bonus symbol on reels 1 and 3, plus either a Hercules and/or Pegasus scatter on reel 5. Landing both symbols on reel 5 is when you are in for a real pay day:

Sounds great in theory, right? Unlimited free spins! Triggering it in the first place, though, is a herculean task in itself. 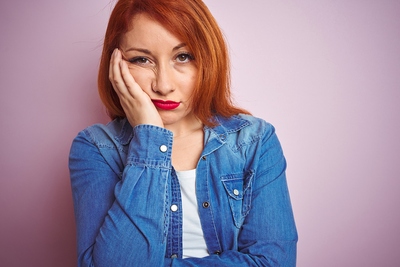 After an initial tease where I got a biggish win after only 20 or so spins, I quickly burned through 200-250 spins without anything to show for it except 1 random scroll feature which was worthless.

Then I hit a legendary win that go me back in the game but I was still onto a loss. After 500ish spins I had about 60% of my bankroll left and hadn’t hit a single feature other than the scrolls.

Obviously no two players experiences on a game will be the same, but I would say you need a lot of patience and a big bank roll to get anywhere with this game. It looks fantastic but I didn’t find it all that entertaining I’m sorry to say, and those big wins felt to me like the stuff of legend.