Conan the barbarian is a fictional warrior who has shown up in comics and stories since 1932. As far as I’m aware this is the first time he has been used as the basis for an online slot, and that’s a surprise because the fictional hero makes for a cracking theme.

If you are as old as me, you might remember Arnold Schwarzenegger prancing around as Conan in a pair of armoured Y-fronts, visiting places like The Tree of Woe, The Tower of Serpants, and other suitably named locations.

That was for the 1982 film just to be clear,  he wasn’t just doing it for fun. Well it seems like this film has been lovingly ripped off to make this slot, and it’s filled with just as much adventure.

How Does it Play?

Very well actually. The game is super smooth and feels rock solid, with a visual style that is almost like a graphic novel, but not quite. The animations and cut scenes are really good and add to the dangerous atmosphere with the help of some well judged sound effects.

In terms of winning potential, it’s a medium variance slot if you ask me, so it will sit perfectly for a wide range of players, and the RTP sits somewhere between 96.00% and 96.50% depending on the features you choose as you go along. You can only win up to 288x on any normal spin which is pretty low, but you can boost this to 2,066x if you get lucky in the bonus round. Not amazing numbers truth be told.

There are a lot of features in this slot and you will trigger them frequently, but they won’t always be helpful. This, coupled with intermittent wins between big features can make you feel like you are doing better than you are, so keep an eye on your balance.

Let’s take you through them. It will be easier to break them down by base game features and free spins features – yep, there really are that many.

Some of these are linked to each other so bear with me:

So that’s the base game covered and it already promises more action than most other games offer altogether. 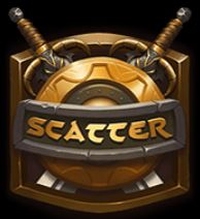 I was averaging between 60x and 75x whenever I managed to trigger the free spins features with minimum scatters, and I tried all three of them. 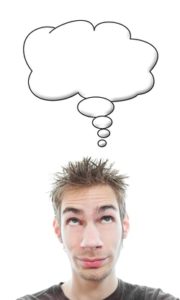 It’s certainly action packed and no-one could accuse Conan of failing to deliver on the entertainment front; the features come thick and fast and the pace is good, your heart will be racing.

Plus, it looks amazing.

Taking a step back and looking at the bigger picture though, it might not be the game for you if you prefer to chuck a heap of money at a slot and hope for a stonking great win before that money runs out.

This one will send your balance up and down so deciding when the battle is really won is the trick here.