I’ve been back on the hunt for new slots to keep life interesting this month, and with a fresh enthusiasm too after not feeling like playing much for a while.

Since I wrote about Joe Exotic a few weeks ago i’ve already found two new slots that I really enjoyed, so I thought I would share them with you.

The first is Hoarder, a NoLimit City title that showcases all of the best features they have to offer as well as incredible depth to the theme.

Both are available as demos until their respective releases on the 16th and 28th of July. 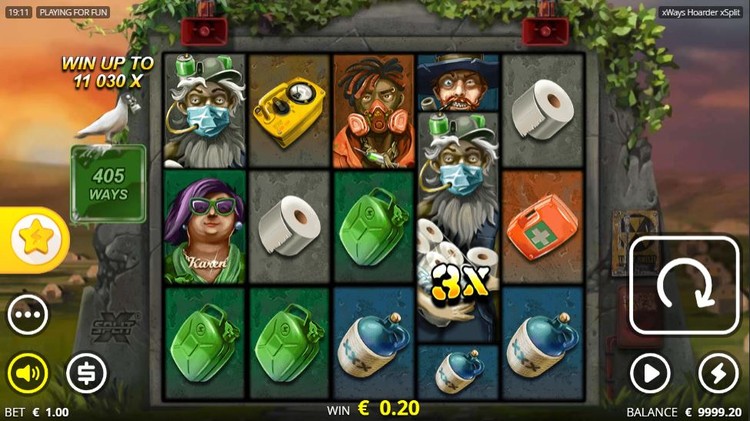 I’m a big fan of NoLimit City slots in general, I don’t think many other developers do a better job of coming up with unique themes or creating real atmosphere, and Hoarder is another winner.

Set in a post apocalyptic world this one is all about staying alive by collecting useful stuff from the wasteland. Anyone who has ever played the Fallout series of games will know exactly the sort of thing I mean; there’s even a wasteland radio station playing tunes in the background.

It boasts the developer’s signature features in xWays and xSplit (you can read about them here) as well as the option to buy features.

Hitting the features can really make the game go into a frenzy, because the Bunker Raid Spins (free spins) have a collection and level up system included.

Collecting sticky xWays symbols can bump your hoarder level which in turn removes the next lowest paying symbol from the reels for the remaining spins. The last stage of this opens Wasteland Freespins, where the middle three reels create one giant symbol and only the two highest paying high and low symbols are on the reels.

This only really scratches the surface of the game, but suffice it to say that I had a radioactive blast playing this one and will be spinning it for reel when it is released on the 16th July. 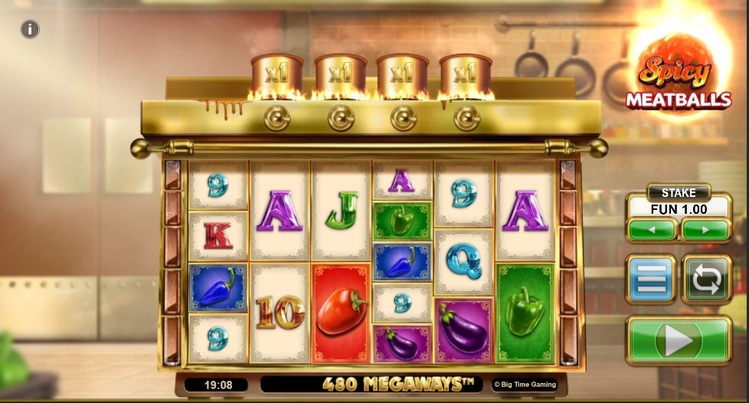 I know a lot of people are sick of Megaways slots but this one is such good fun and if you enjoy the volatility that comes with a lot of BTG’s games then it will be right up your alley.

It’s another in the unofficial series of José Cavadoré, the man behind the goods in Extra Chilli and Chocolates, two other popular slots from BTG.

I’ll assume you understand the Megaways engine, but atop the middle 4 reels of Spicy Meatballs are 4 steaming pots that can throw out scorching hot meatball multipliers.

These come out at random in the base game, and if they land at the same time as a win the multiplier is applied and increases by one. The meatball will drop one spot until it either leaves the reels or the wins stop coming, whichever happens first.

The pot the meatball came from will also throw out meatballs with the same higher multiplier from that point on. This crosses over into free spins too where one meatball is guaranteed on each spin, so hitting this after a decent play session can result in huge wins.

There are wilds included too, but the meatballs are what this game is all about.

And now I’m going out to find some Italian food…