It was back in August that I last covered new slots that I had been trying, so this post is well overdue.

To be honest, I haven’t been playing as much as usual lately (apart from smashing out a few hours on The Goonies chasing that Jackpot King total – Hey You Guys!) but over the last week or so there have been a handful of really great releases.

One is from a provider you may not have heard of called Nolimit City who are really growing on me, and they are active in the forums too which is usually a good sign.

Anyway, have a few spins on some of these and see what you think.

This game is a sequel to one of the developer’s most successful titles, Barbarian Fury, and it definitely lives up to expectations.

The theme is executed really well. The whole thing is set in a warrior graveyard and although I would prefer the graphics to feel less drawn and be more realistic, it has great atmosphere.

When it comes to payouts you are looking at a max win of 9797x which explains the high volatility, and the standard RTP is 96.16% – however, casinos can opt for a lower RTP of 94.14% so check this if you play the game.

It’s annoying but it is something we are seeing more and more so it looks like it’s just another thing players are going to have to get used to. Always double check the RTP.

Gameplay is loads of fun thanks to the number of features there are, including the developer’s XNudge feature which nudges partially appearing wilds onto the reels in full. There is a buy feature as well but I would stay away from that as it’s not great value.

If you chucked a tin of Roses into a slot machine and then housed it in a Swedish looking wooden cabin come cuckoo clock – you would get Chocolates by Big Time Gaming.

It’s pretty similar to their other sweet tooth baiting game, Donuts in a lot of ways.

It isn’t actually heavy with features in the traditional sense but it has two different wilds and a freespins trigger as well as the mystery chocolate symbols, so it’s one of those slots where the base game is good enough not to need lots of features.

Big wins will come from landing multiple special symbols such as the golden wilds and the mystery symbols, which will then multiply winnings significantly. Of course though, it’s the freespins feature where that 6,556x prize can be found.

That said, there’s more than enough going on without these huge wins to keep your interest and your balance strong. 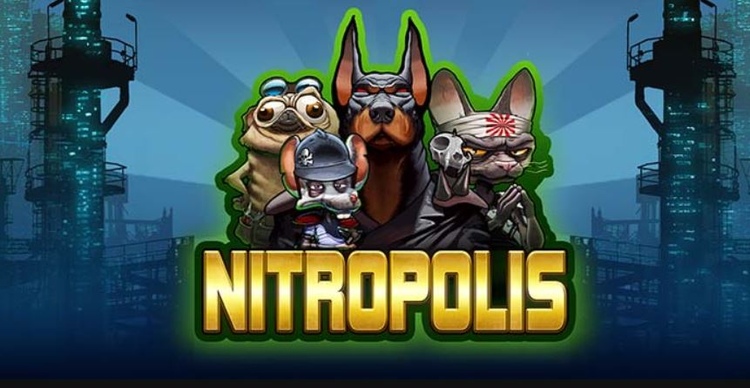 If you are looking for something unique then Nitropolis is definitely the game for you. Quite frankly, it’s bonkers.

Set in an industrial future where four different animal clans battle it out for ‘Nitro’ to power their vehicles, the story and setting are extremely thematic and the punk style animations set things off wonderfully.

The main talking point here though is the 85 million+ ways to win. That’s not a mistake. 85 million. We can thank the Nitro reels for this, which can also qualify for respins and upgrades.

Wins in the main game trigger respins too, and there is a freespins round on top of this. All in all, the features feel as unique as the theme.