Since World Cup fever has hit the country I thought I would jump on the bandwagon and have a look at  a few few football slots, and luckily for me, there are more than a couple of new ones that have been released just in time.

These developers aren’t daft are they?

The first is in honour of Argentinian great, Diego Maradona. Yes, he might have been a cheating handballing scumbag, but he was also pretty good with his feet as well, and is still seen as a hero in his home country.

The second I will look at is a more generic footballing slot, and from a lesser known developer too, but still well worth a look.

Lets start with the Golden Boy though. 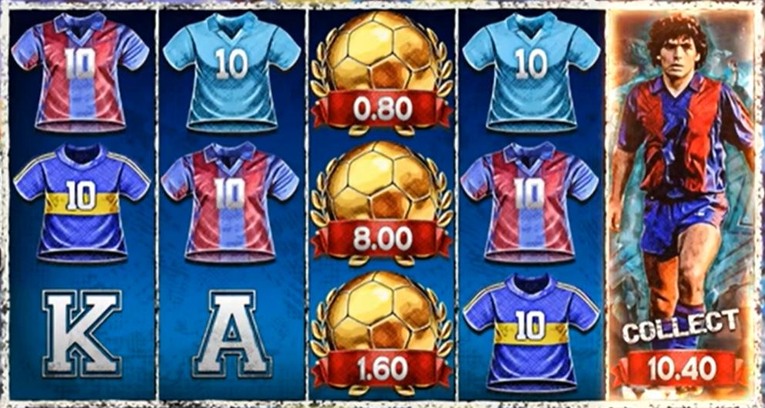 The name of the slot refers to the fact that Maradona used to wear the number 10 jersey in his playing days, and that he was often referred to as a ‘God’ of football, and made some narky comment about his goal against England being ‘the hand of God’.

With the trivia out of the way, we can look at the game itself, which uses imagery from Diego’s playing days so the slot has a classic look in terms of artwork, with a kind of Maradona poster wall as the backdrop.

So it’s nothing special to look at, fairly standard, but the mechanics behind the game make it very playable, and at a 20p minimum bet it’s not going to break the bank.

Key features include a regular wild, scatters that trigger a free spins round, and cash  symbols which for a key element of the game.

These can land anywhere, but when the cash collect symbol also lands on the 5th reel, one of four things will happen:

This is a great base game feature that makes each spin interesting.

If you trigger 10 freespins by landing 3 scatters, the cash collect feature remains in play but with extra cash symbols added to the reels, and any cash symbol that lands is added to a collection pot.

For the 10th and final spin, all cash symbols are given whatever value is shown in the collection pot, so any cash symbols landing on reels 1 to 4 will be worth that larger amount. The cash collect symbol will land on the 5th reel on the 10th spin, to ensure you collect the winnings at this point.

It’s a good game, and uses one staple feature very cleverly throughout, which ties everything in nicely.

I enjoyed it, and I think anyone with an interest in football and who can stomach higher volatility games will enjoy it too. 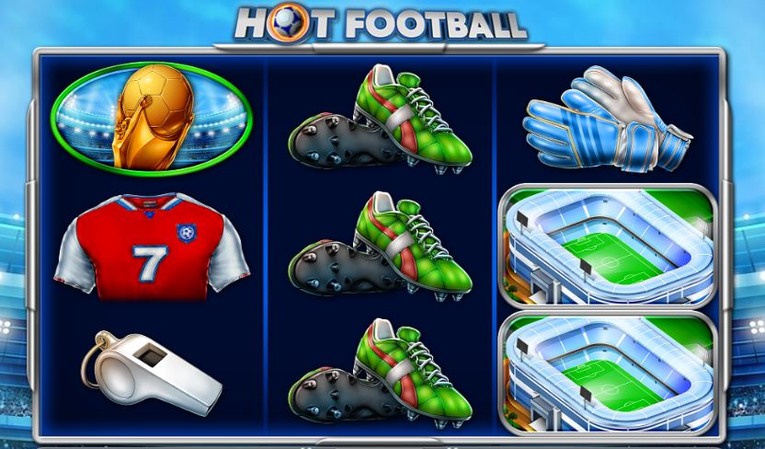 You might not have heard of Amatic, and to be honest they aren’t exactly a boundary pushing developer. They are one of those that copy titles that have done well for other developers, and they feel a bit cheap.

That said, this little number is alright. For one thing, when you spin the reels they don’t hang about, they just get to the result. Those games that spin for yonks before landing are a pet peeve of mine.

It’s actually a rerelease of a full size game they launched last year, but for fans of 3 reelers it’s a good alternative option.

There is nothing special about it in terms of gameplay, so it’s a really easy slot to play, but you can expect a few little treats such as multiplier wilds and a basic freespins bonus.

Like I say, nothing special, but a nice simple option for football fans who want something classic and laid back.