HO HO HO! Santa is on his way, so all you grinch’s need to slap a smile on your faces and get in the spirit, because it’s Christmas, and this post is all about Christmas themed slots.

Yes, it is the one and only month of the year when playing the slots listed below is not only justified but expected of you.

So have a look through my top 5 Christmas slots and see if you agree with my selections.

This is a 5 reel, 3 row, 25 payline game from Quickspin that welcomes you into the home of a family of polar bears to celebrate Christmas.

It’s a gentle slot with a tempting RTP of 97.84%, and there are just enough features to keep things interesting and rewarding without getting too feature heavy.

A regular and a multiplier wild spice up base gameplay, while the bonus feature within the freespins round turns the bear symbols into extra wilds that can make all the difference.

A lovely way to get yourself in a festive mood. 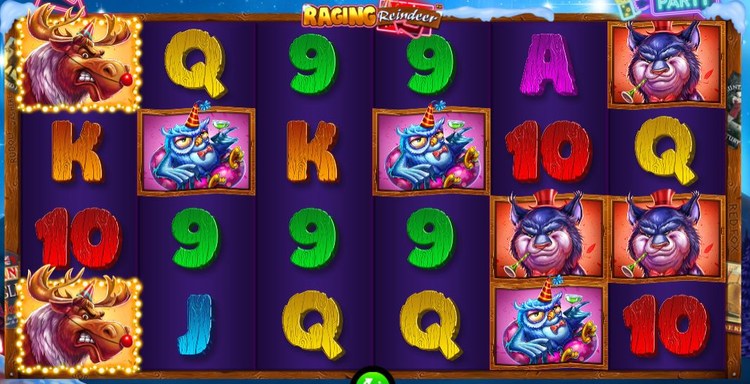 All is not quite as it seems with this slot; Rudolf’s red nose is on a string for a start and seems to be attached to an extremely angry reindeer. He and the other animals that make up the symbols are at a Christmas party of some sort, and it looks like they are a little worse for wear.

It plays out on a slightly bigger board of 6 reels and 4 rows, and there are a whopping 4,096 ways to win, but a lot of those won’t pay out very much so be aware.

However, the multiplying wilds and the potential to bag 100 freespins just about save the day, and although the gameplay is fairly simple I think that is welcome in a slot at this time of year.

The festive rock ‘n’ roll soundtrack alone is bound to keep your spirits up. RTP = 95.94%. 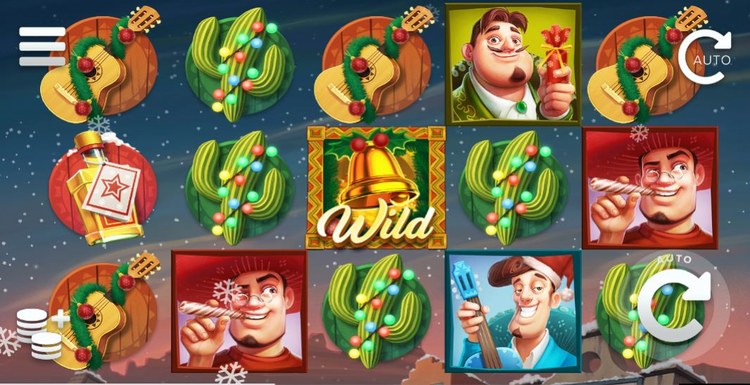 For something a little bit different you could try this Mexican themed slot from Elk Studios. I thought it was loads of fun, the graphics and animations are spot on, and still fits in with the Christmas theme.

It’s a multi-layered slot in that there is a bit of a storyline that goes with it, and this feeds into the gameplay. For example, during the Wild Escape bonus round, the Captain Diaz symbol will imprison any Taco Brother who is currently serving as a running wild during the bonus game, and when all three are caught the round ends.

There are also 243 ways to win incorporated into the slot, and the potential to win up to 150,000 coins. It’s a little higher variance than the original but still sits nicely in the mid-high range. 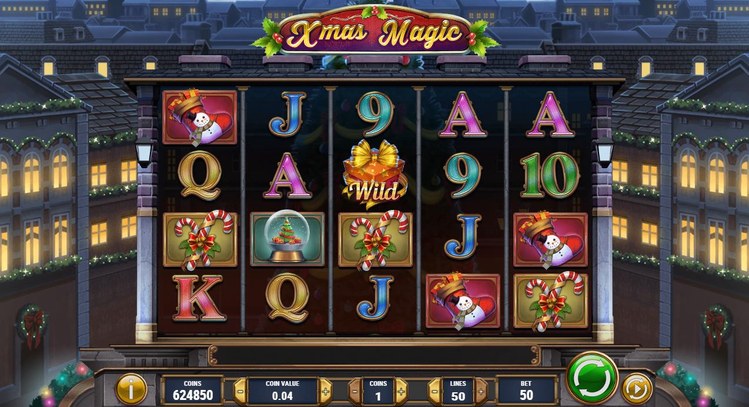 Xmas Magic from Playn’GO is the eighties movie of Christmas themed slots. It’s very traditional with a hint of Christmas magic and a soundtrack to match – a great one to play snuggled down by the fire.

It’s a simple game reminiscent of simpler times, with a wild symbol and freespins that are triggered by the scatter, which is the Father Christmas symbol appropriately enough.

It does promise plenty of presents though, with 50 paylines and the potential to unwrap 1,000,000 coins! 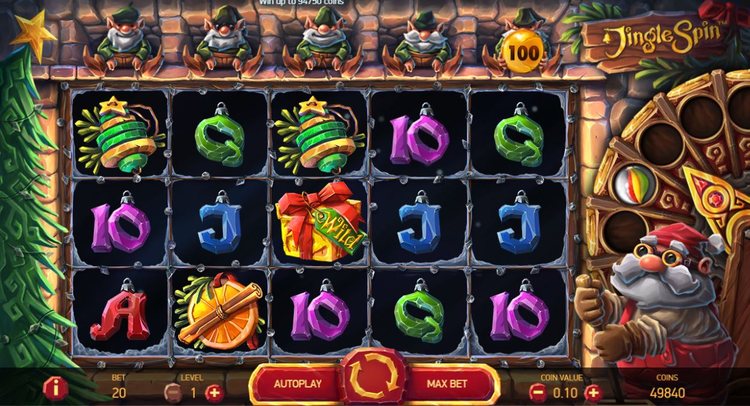 For me it has to be Jingle Spin in the top spot, even though it came out in 2018. It’s the combination of exemplary graphics, animations, and sound effects, mixed perfectly with interesting gameplay and just enough of a twist on the theme to make it stand out without ruining things.

A steampunk Santa sits beside the reels controlling a bauble wheel which periodically tosses a bauble to Santa’s helpers who are sat atop each reel and pass it along. The bauble they hold activates when the wild lands on the reel below it, bagging you extra coins.

It’s a volatile beast to be sure, and the really rewarding wins are to be found in the freespins round, because you can win up to 50 of them and up to 94,750x on any spin. This is no easy task, but it will make your Christmas if you manage it.