I’m going to talk about two different slots today, and both are lovingly ripped off – I mean inspired by – a well known franchise.

The first of these is John Hunter and the Aztec Treasure, which bears absolutely no relation to Indiana Jones, ok? Absolutely none.

The second is Return of Kong Megaways which might remind some people of the famous 90s computer game Donkey Kong – although, of course, it is categorically nothing of the sort.

Now that’s out of the way, let’s have a look at each game and what it offers players.

John Hunter and the Aztec Treasure 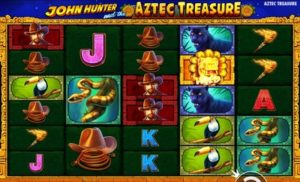 This is actually a sequel to a slot bearing the same name from Pragmatic Play. This new one can be played from 20p to £100 per spin so there is scope for all kinds of players to enjoy it.

The free spins round is especially valuable here, with the number of scatters that trigger the feature dictating how many free spins you are awarded, and there are 5 to 25 up for grabs initially, with further bonus/scatter symbols awarding a further 3 to 15 free spins.

What’s more, a multiplier of between 2x – 10x could be awarded to each free spin, so you can see how much money there is to be won here – the maximum is up to 40 free spins with a 10x multiplier.

If you’re wondering where you might have seen John Hunter before, it was in Da Vinci’s treasure. 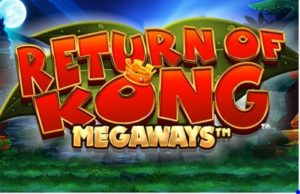 There is quite a lot on offer on this one, with some decent symbols in the base game alone, and a fun cartoon theme.

It’s a Megaways slot so there are up to 117, 649 ways to win with the game in full flow. This also means cascading reels which see winning lines replaced by new symbols that could create more winning lines from the same single spin. Who doesn’t like the idea of that?

Despite the Megaways engine, it is a Blueprint game with 6 reels and plenty of bonus rounds. A random Kong feature sees up to 100 symbols changed to create winning lines – Kong throws a barrel at the reels to trigger this, wonder where they got that idea from?

There is also a multi-layered free spins round which contains its own features, including the ability to trigger further free spins and a potential 50,000x your stake on each free spin.

What’s with all the rip off’s?

There are only so many themes out there in the world, and they have all been done plenty of times by game developers.

Branded slots are expensive so it’s understandable that so many ‘similar’ slots are released that seem like they could be associated with famous films or TV series’.

From the player’s point of view it doesn’t really matter as the slots are just as enjoyable and play the same as they would regardless of the skin.