Nikola Tesla, the famous and celebrated electrical engineer, was the man behind many game changing inventions; he was responsible for the electrical system we still use today and he died in 1943 – so that’s pretty good going.

He can’t take credit for the latest invention to bear his name though, as this exciting slot machine was created by Yggdrasil and Rabcat Gaming.

It’s the first time the two studios have collaborated, and if the ‘Nikola Tesla’s Incredible Machine’ slot is anything to go by, I certainly hope it won’t be the last.

Gladly. Just have a look at this screenshot: 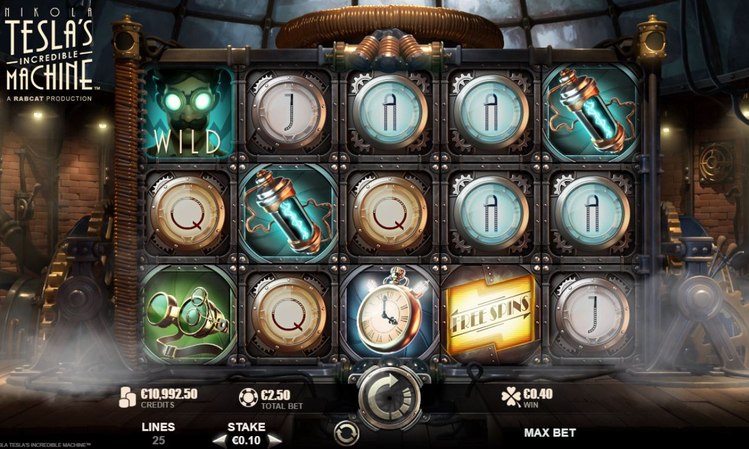 Isn’t that beautiful? And yet it doesn’t do the game justice. The electrical currents shooting across the board constantly re-energize you as you play, the mood is dramatic and somewhat sinister, and the wins come thick and fast since this is a lower to mid volatility game.

It’s the features that really make the game fizz, though, and they have been designed to fit perfectly within the theme.

I love what they have done with these features. There are the usual suspects but they have also taken some of them and given them a face lift, creating features within features and gameplay that is ever changing and unpredictable.

Let’s check them out one by one: 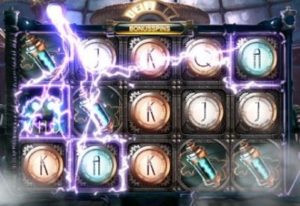 These spins will come with one of 3 different bonus perks unique to the Energy Burst feature. 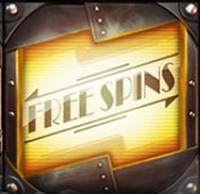 Bag yourself 3, 4 or 5 of the scatter symbol anywhere on the reels and you will also bag yourself 8, 10, or 12 free spins respectively.

During this round you can win both ways, but only the highest paying line will count from each side. This does mean you can win on multiple lines in each direction though. Just watch the screen light up when it happens.

You will also get a fixed wild slap bang in the middle of the reels during this round – this is Level 1. If you see a Level Up symbol during the round you will go to the next level. There are 5 levels in total and each new level achieved adds a further fixed wild to another of the reels until they all have one.

Additional free spins can be triggered too. 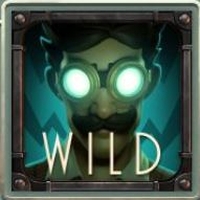 Lastly, a normal wild is in operation during the base game taking the place of any other regular non special symbol in order to create a winning combination where there wasn’t one before.

It doesn’t have any other special qualities in the base game but is put to good use during the feature rounds, so it will be a very welcome site, especially if your bankroll is dwindling. 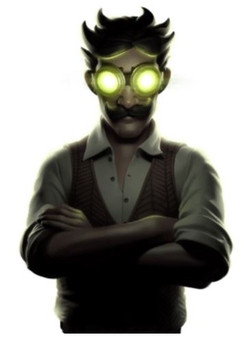 I love this slot. It’s exciting to play, it can potentially pay out well, and there is plenty to keep you going as you spin even if you aren’t hitting the big wins yet. Not only that, but it’s one of the most atmospheric and attractive slots I’ve had the pleasure of playing.

You can play from 25p per spin up to £75, which might price out penny players, but leaves plenty of wiggle room for most of us to work with depending on our bankroll from week to week.

I like that they have put some interesting twists on regular features too, something that I’m sure Nikolas Tesla himself would have approved of.