Sometimes the stories just write themselves.

An NHS worker, one of the thousands we have been standing on our doorsteps and clapping over the past few difficult months, has landed a fortune after playing a scratchcard at PlayOJO casino.

It’s hard to think of an industry under more pressure than the care industry at the moment, so it is fitting than one of its’ number has been so lucky.

There isn’t a great deal of info out there about the newly made millionaire, but here is what we know.

Wolf Gold is a progressive jackpot scratch card game that is based on the well known slot of the same name, by Pragmatic Play. Many of you may be familiar with, and it was this game that our winner was playing at PlayOJO casino when the jackpot hit.

Remarkably, the game was only launched at the casino a few days prior to the win and makes the winner Play OJO’s first millionaire of 2020.

“Seeing our players win life-changing amounts is satisfying and rewarding. We are looking forward to announcing similar wins in the future, especially with new products from Pragmatic Play”

They even released a video of the magical moment:

The guys at Pragmatic Play, the studio who developed the game and the slot that it is based on, were equally thrilled by the news.

“We are happy beyond words knowing that one of our scratchcards generated such a notable win with an operator we have a wonderful partnership with.

Who is the Winner? 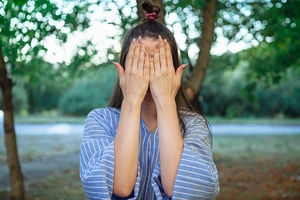 It was two packs of 5 scratchcards bought for just £4 each that landed our winner the windfall, and she even managed to bag an extra £12 quid on one of the others.

We know very little about the person that won the money, referred to simply as T, other than:

A lot of people who win large amounts choose to remain anonymous and sensibly so. Being identified as newly minted can bring a lot of unwanted attention and plenty of begging letters – even danger.

Still, if you are based in the North West near Blackpool and you know a female NHS worker who has perhaps just quit her job or bought a flash new car or something, you might not be too far off!