Oh boy. Deep breath everyone, this is going to require some patience.

Barry the Disco Leprechaun is a new slot from Leander Games, and it slaps you in the face with a huge dose of irritation the second you load it up. Bam!

The vexatious soundtrack is so loud and repetitive that it could be used to successfully extract information from captured prisoners, and Barry the Leprechaun himself just Won’t. Stop. Dancing.

Take the theme away and you have a decent low volatility game, but it’s overshadowed by the smug gyrating Bee Gee’s wannabe in the corner. Some of the features that are just for fun such as collecting new outfits for Barry – as if he didn’t already look daft enough – and visiting different clubs with different vibes would usually be positives for me, but here they just add to the torture.

I’ll cover the spec quickly, this is more of a rant than a review. 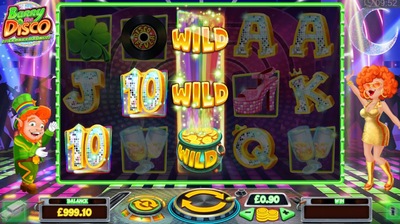 Expanding wilds will trigger a drama reel respin for an extra chance to boogie away with some winnings, and these are frequent in the base game and the bonus round.

I suppose it’s pretty generous to award an extra respin of the remaining reels if you land 2 scatters but not a third. It gives you an extra chance to trigger the freespins round – although read on before you get too excited about that.

Guess what? Even this is annoying. You will either have a really good bonus round or an almost pointless one with this game.

It starts off with a drive to a club, then a sort of whack-a-mole game ensues with you having to catch falling disco blocks as they fall, along with stars which supposedly award a free game each. The thing is, even if you totally ignore this game you get your 10 freespins – there’s no money making potential during this mini game so what’s the point? 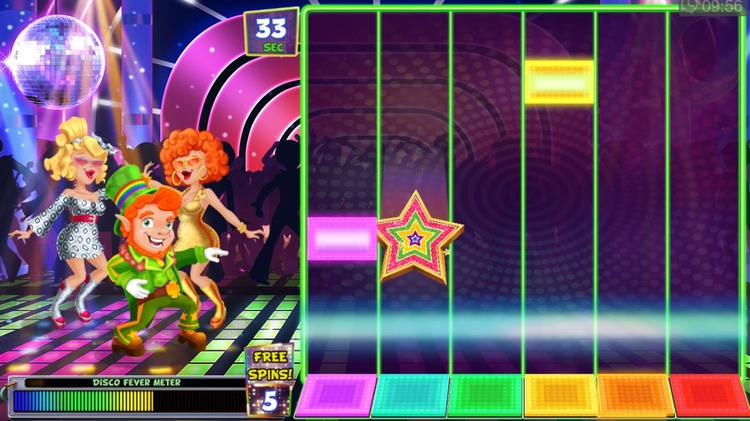 Anyway, once the freespins start you might wish they hadn’t. Honestly, I sat through over 20 free spins (it keeps giving you more during the round, in the end you’re praying it will stop) and walked away with around 12x my stake… whoop-de-doo.

Saying that, on the odd occasion it treats you like a grown up and gives you something to smile about. When this happens it’s genuinely rewarding and almost enough to stop you wanting to strangle Barry. Almost. 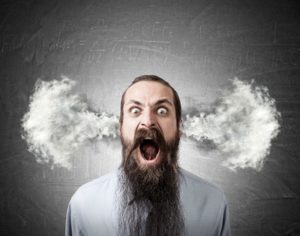 I know some of you will love it, but I found it draining to play this slot because the rewards are few and far between, everything from the sound effects to the visuals are an attack on the senses, and it plays sooo slowly.

It’s only useful for turning over your funds in my opinion, since the volatility is so low. You could potentially clear any wagering requirements you need to get rid of quite easily.

There are other games that are useful for that though, no need to put yourself through this.