I love a good zombie themed game. I’m an avid watcher of The Walking Dead and have a detailed plan for how to survive the real zombie apocalypse when it inevitably happens.

Until then though, I can put my end of the world as we know it conspiracy theories to the back of my mind, and concentrate on good zombie themed slot games instead.

Thanks to Quickspin, there is a brand new one to try called Cabin Crashers. It’s a sort of cross between cabin in the woods and Day of the Dead, and i’m not sure who is scarier; the zombies, or the dude who lives in the cabin. 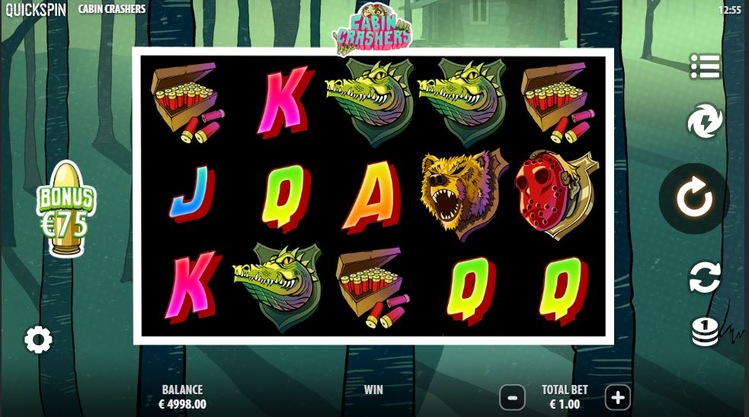 Quickspin haven’t tried to re-invent the wheel here, and they haven’t overloaded the game with features either.

Instead, they have chosen their features wisely and balanced to game very well indeed, so that players are left with an extremely volatile slot that is lots of fun but not too taxing to follow.

The coolest thing about this one is the multiplier wilds, which are active in he base game as well as being an essential factor during freespins.

They can range from 2x-5x and make a huge difference to your payouts if they land in the right place – they are also pretty fun as the symbol is animated with a zombie bursting through a window then getting sniped in the head. Gross.

There is a feature buy option although, in my experience of playing Cabin Crashers, it was rarely worth paying for. I bought in about 10 times and only twice did I make my money back, doubling it once and losing about 80% each time it didn’t work out. 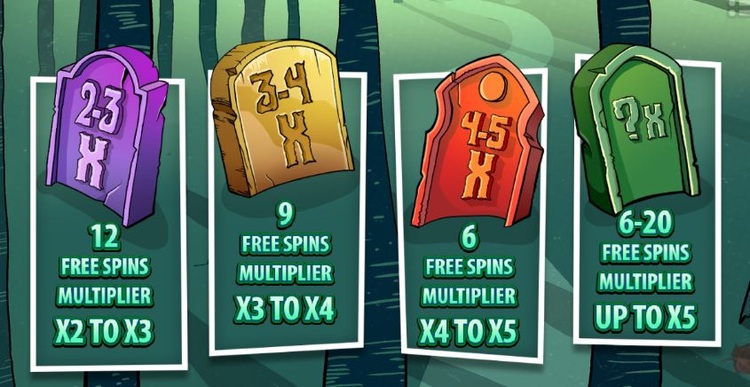 Let’s take a better look at the freespins then.

Landing three grave symbols is the natural way to get to the bonus round, but however you end up triggering it, you will be given four options:

Most importantly here, the multiplier wilds are sticky during freespins so once they land they don’t go anywhere until the end of the round, so they pay time and time again.

That means the earlier they drop the more you will get from them, and if you get lucky with red or green grave spins and land a few early on they can start really throwing money at you. 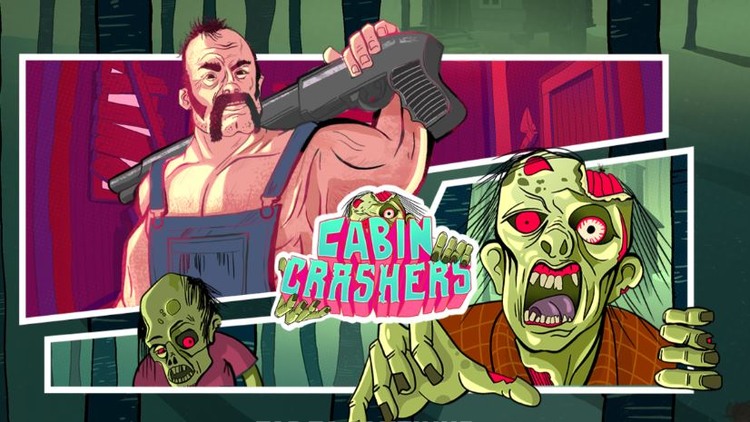 I really enjoyed the pacey gameplay and the funny animations, and although the game is probably too volatile for my own personal tastes, for anyone who likes the volatility it’s a must try.

I think Quickspin have handled the theme really well, giving it a very minor story element, and the graphic style is interesting – it’s reminiscent of comic books or those video games where you follow a story and your decisions influence what happens next.

(The Walking Dead games – of course I’ve played them)

I tend to like more in game features too, but Cabin Crashers strikes a good balance here despite not being flooded with extras. The potential for big wins mixed with the fun, finely executed theme and snappy gameplay all kept me playing happily for ages.