There have been a lot of new versions of old games released over the past month or so, maybe the developers are running out of ideas?

We have seen Reel King back on the throne in the way of Reel ‘Spooky King; the bearded mischief Gonzo is back with Gonzo’s Gold; and the witches have worked their magic on Bubble Bubble 3.

There’s also another big name game to be added to the list that I will talk about later. I was excited about that one.

The game I wanted to cover in most detail though was Fat Drac, from Push Gaming. Not only is it satisfying to say (try saying it 3 times in a row, it’s fun) but it’s an amusing twist that gives new life to a saturated theme. Push have done this before of course with Fat Rabbit and Fat Santa, but it works just as well here. 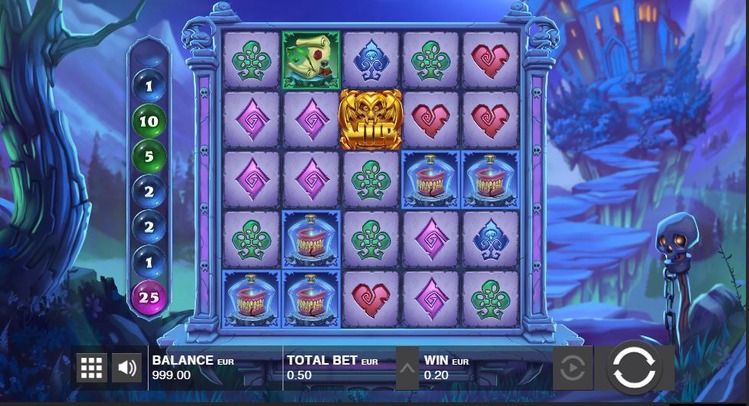 Played on a 5×5 grid with 20 pay lines flanked by gargoyles on plinths, the game feels a little different from the start. Which is fitting for the theme,

You can see the chubby blood sucker’s castle in the distance and the spooky characterful music plink plonks in the background, so it’s all very thematic. However the visuals aren’t really a standout feature for the game, although they are perfectly good.

The max win of 50,000x caught my eye though, and with the RTP set at bang on 96% things seem fair enough. But what’s really great about this game is that big wins can happen at any point. Yes there is a freespins round but you don’t have to rely on that like you do for most slots.

This is thanks to the instant prize bubbles that can be popped when the Fat Drac symbol (which serves as a reveal and a scatter) turns into a bat. These can 50,000x your stake at the top end, right there in the base game.

If Fat Drac reveals a scatter and there are also goblet symbols on the board, then free spins is activated. 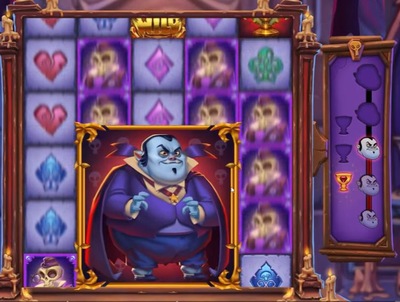 This is a really engaging but slightly complex round.

Fat Drac begins as a regular size symbol, but he will drink any goblet symbols that land during free spins. Once he drinks five he will grow in size to become a 2×2 symbol, and extra free spins will be given.

This continues until he is a colossal symbol, but obviously the bigger he becomes the less space there is on the grid for goblet symbols to land and make him bigger.

The reason you want him to grow is because he also still acts as a reveal symbol, so all symbols underneath him will be the same. A colossal symbol revealing matching premium symbols will trigger a very nice win indeed.

What’s more, the bat symbols are still active during freespins, and releasing nine of them at the same time to go and collect your instant prize bubbles is another way of seriously cashing in.

Fat Drac could be a little more entertaining from a visual point of view I suppose, but with the gameplay being so much fun it really doesn’t matter that much.

I was sat happily playing for ages and settled into the game very easily, and I think it’s down to the fact that there are so many elements to the game plus potential at every stage.

I haven’t even mentioned the coffin symbol yet, which triggers a pick me game to decide how many bats are released in the base game, and can also reveal extra spins or goblets in the bonus round.

It’s a layered game that delivers plenty of exciting moments, and every time that Fat Drac symbol shows up you will be praying for a bet to be released.

Anyone who knows me knows that The Goonies is one of my all time favourite slots.

Not because i’m a massive fan of the film, although I enjoyed it just like everybody else, but because it is just packed with features that trigger often. I can usually make a small bankroll last for hours on that game.

Anyway, Blueprint Gaming have gone and released a sequel which I had a go on right away.

It’s not massively different to the first one to be honest, but the max win has increased five fold to 50,000x and there are even more features than before if you can believe that.

I had fun playing and will probably play the two equally unless I spot something significant in the new game after building up my play hours. 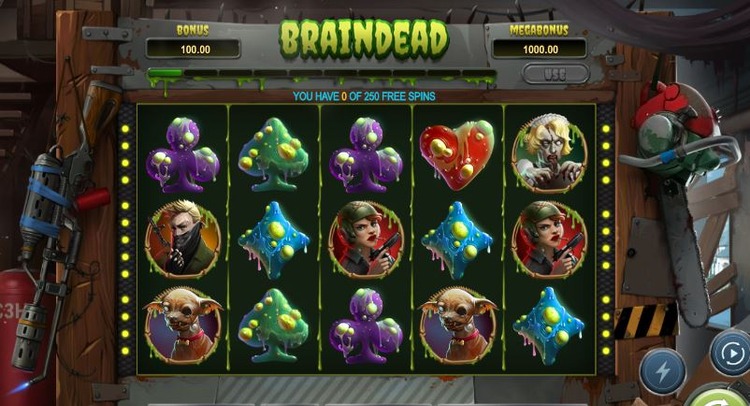 In other news, the horde of zombie themed slots keeps growing as Braindead from Mancala Gaming, and Zombies on Vacation from Swintt both hit the shelves this month.

I won’t go into too much detail but I really enjoyed Braindead. The fact that I was £200 up after about 50 spins probably helped, but it’s a really fun game with loads of great animations and sound effects and hardly any dead spins. ‘Dead’ – geddit? Seriously though, my hit rate must have been around 85%, and of course not all of them gave back as much as my stake, but it made it more interesting to play.

The award for the worst slot name of the month goes to Hacksaw Gaming (who?) for their Western themed slot, “Wanted Dead or a Wild”. It’s obviously a play on Dead or Alive but it doesn’t work on any level – the game is decent enough though.

And finally, Alice Cooper has been given a new lease of life by game developer Play’n Go, although he is so old now that maybe I should have bunged him in with the other zombie games.

It’s my sort of game with features spread nicely between the base game and the bonus rounds, so it’s not a case of withstanding eons of boredom before something interesting happens, even though the max win only stands at 3,000x.