It seems that Prince Harry isn’t the only Royal retiring from their UK duties.

First we had Brexit, then we had Megxit, and now we have Pandexit, because Royal Panda have shocked players by revealing that they are off too.

Their departure date should stick in the memory for anyone who has been watching the news lately; 31st January, Brexit day.

What does this mean for their huge customer base? Find out below. 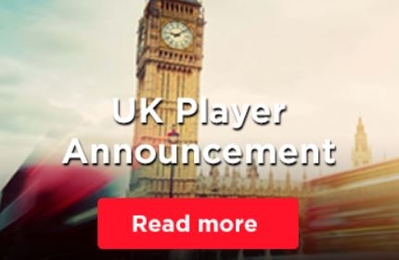 For those players who also bet on sports, all bets placed after January 8th that will conclude on or after the 31st will be void. All single bets placed before the 8th and ending after the 31st that are set to return up to and including £100 will be settled as a winner.

“We’ve had a great time entertaining you over the years and wish to thank you very much for choosing to play with us.”

As a final reminder of what a classy customer Royal Panda has been and how much they will be missed, any player funds not retrieved after 12 months will be donated to the GableAware charity.

Why Did They Leave?

Well, it’s no secret that the UK isn’t exactly regarded as a safe bet for business at the moment. Years worth of uncertainty surrounding Brexit coupled with a lot of legislation and regulation concerning the gambling industry have turned the country into slightly hostile terrain, especially for newer companies.

Royal Panda, however, was a bit of a favourite with a large customer base that enjoyed their unique approach, not some fledgling casino trying its luck. That is why this move comes as a bit of a shock to many players.

LeoVegas could have the answer, as they bought the company back in 2017. At the time, Royal Panda were far more established in the UK than LeoVegas and both companies were similar in style.

LeoVegas themselves are not withdrawing from the UK market, so this has been seen by some in the industry as their way of collecting a larger market share, by removing their biggest competitor. Royal Panda can then focus on other European territories.